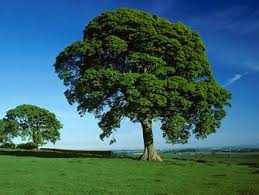 There are many contrasting adjectives used to describe the sycamore tree.  Imposing, majestic, and picturesque are some of the positive descriptors, while noxious, domineering and invasive are among the more negative associations.  Why is sycamore a marmite specimen in the tree world? 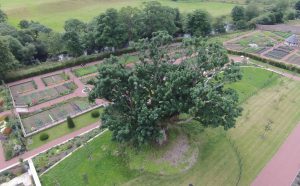 The species is not a native tree to the UK, but has become naturalised, the difference being that native trees are ones that have been in the British Isles since the end of the last ice age, while naturalised trees are ones that have been introduced to the UK, and have adjusted to a new environment to reproduce naturally and spread across the country.  Thought to have been brought into the UK in the mid-16th century, the tree is now found in all corners of the country, and part of the reason that many feel it is a weed is that it is a prolific seeder and is capable of taking root in relatively harsh growing conditions. 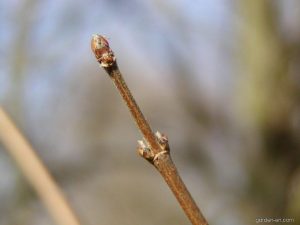 Sycamore is a member of the maple family (Acer) and has the common characteristic of all members of that family in that the buds are arranged in opposite pairs along the twig. Large lobed leaves form over the summer months, coming from big green buds that have a yellowy-green tinge when they first emerge in the spring.

At maturity the tree can achieve heights of over 35m in the right conditions and has a large dome like canopy.   It is the size of the tree, combined with the size and density of the leaves that is a cause for dislike by many as the tree throws a very heavy shade, limiting growth potential for other tree species.  However, it is this same feature of size that allows words such as majestic and picturesque to be given to the tree as it imposes itself on the landscape in which it is growing, and is why advocates of the species feels it has a special place.

The fruit of the sycamore is, as with all maples, a winged seed which evolves from a 6-12cm long flower clusters (raceme) with short stems.  The flowers emerge in mid-April and become green winged seed pods with a red tinge (occasionally the seeds will turn bright red).  A key identifier of sycamore fruit is the fact that the wings are at right angles (90°) to each other, where in other maples, the angle of the wings is much wider.  In the autumn months, these winged fruits are picked up by the wind and scattered widely, the distance they travel increased by the helicopter effect of the wings.

One reason for the lack of popularity for this tree is that the seeds and leaves contain a toxin that can cause a muscular disease in horses called Atypical Myopathy, and therefore care should be taken in turning horses out in during the spring months in fields in proximity to sycamore.  One solution may be to allow sheep to graze fields during spring months to eat the seedlings, before allowing horses access. 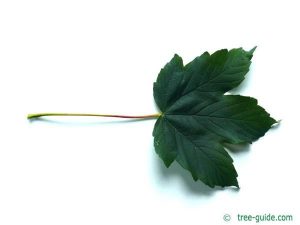 Another reason that Sycamore is not a popular urban tree is that during summer months, aphids are attracted to the large leaves where they are able to puncture the surface to extract the sweet sugars being produced through photosynthesis.  These wounds then tend to weep, dropping a sticky substance onto pavements, cars, patios, and roofs which then acts as a glue holding dust and dirt causing an unsightly mess.

Sycamore is relatively tolerant of being pruned, with the summer and winter months being the best time, but the wounds can weep.  It is also a species that is tolerant of being pollarded, and in the right setting can create a majestic feature.

Sycamore is a robust species with few pathogens that cause long term or terminal issues.  Leaf spot (Cristularia depraedans) and tar spot (Rhytisma acerinum) are visually unappealing but do not cause any notable harm.  Perhaps the most concerning of diseases that affect the tree is sooty bark disease (Cryptostroma corticale) as these has implication for human health.

The fungus is thought to affect the vascular system of an infected tree, but it does not necessarily kill it.  The main effect is to cause the bark to crack open, giving an access to insects and other pests or diseases leading to secondary infection.  The most significant implication of sooty bark disease is the potential for harm to humans.  The fungal spores are described as being hyper-allergenic and can cause asthma or other respiratory problems.  As such, anyone working on or around sycamore with sooty bark disease should take additional precautions with their personal protective equipment to include face masks, and if possible diseased wood should be burnt in situ rather than chipped and moved off site.

Information detailed in this post has been obtained from the author’s own knowledge and photographic library where possible.  Additional sources of information and photographs include:

Johnson, O & More, D (2004) Tree Guide: The most complete field guide to the trees of Britain and Europe. Collins.

Mitchell, A (1978) Trees of Britain and Northern Europe. Harpercollins.

This website uses cookies to improve your experience while you navigate through the website. Out of these cookies, the cookies that are categorized as necessary are stored on your browser as they are essential for the working of basic functionalities of the website. We also use third-party cookies that help us analyze and understand how you use this website. These cookies will be stored in your browser only with your consent. You also have the option to opt-out of these cookies. But opting out of some of these cookies may have an effect on your browsing experience.
Necessary Always Enabled
Necessary cookies are absolutely essential for the website to function properly. This category only includes cookies that ensures basic functionalities and security features of the website. These cookies do not store any personal information.
Non-necessary
Any cookies that may not be particularly necessary for the website to function and is used specifically to collect user personal data via analytics, ads, other embedded contents are termed as non-necessary cookies. It is mandatory to procure user consent prior to running these cookies on your website.
SAVE & ACCEPT